Following from my previous two guest blogs at firstly Katy aka The Rebel Poetess (https://therebelpoetess.blogspot.com/2018/09/guest-post-andy-n-podcast.html) and Amanda Steel’s excellent blog as a follow up (https://amandasteelwriter.wordpress.com/2018/09/14/guest-post-andy-n/) 2008 was a watershed year for me certainly after I left the first major writing workshop I was in and ended up forming eventually a different writing workshop / discussion with two other former members of same group.

I am slowly working on my autobiography / auto non fiction or auto fiction (according to Amanda) ("Losing the thread)” that will cover the incident in more details but the difference in changing groups was remarkable at that time in my writing career. That same previous writing group I don’t know when it formed, but it likely formed somewhere at the end of 2004 maybe earlier and I came aware of it after joining a short term writing group at a certain local University (where I studied previously from 1998 to 2001).

After that course folded, one of the people who were there who for the sake of this blog I’ll call Cathy (not her real name) got a few of us to go down to her group which she ran at a local community centre. Almost right from the start, it was apparent that the group was very loosely ran with the advertised start time rarely starting at the advertised time of 7pm sometimes 7.10pm and then later on over time and sometimes over-running past 9pm which over time narked the people who ran the centre.

I’ll talk about the collapse of that group at a later post like I said, as it’s a separate story that will need explaining in major detail of simply how you don’t run a writing group. The group I set up with two ex colleagues from the ashes of it when it collapsed is worth understanding got me going with my writing and I ended up writing over the first three months of entering this new group three times the amount of work I had wrote in the last 18 months of my previous group and entered the live circuit in excitement because of it.

The thing I learnt from this change was one major thing. Happiness. Yeah, happiness in the sense when it became apparent to the three of us that the group we were in simply was holding us back from what we all wanted to it, and in my case enabled to literally got for it and resulted in my first poetry book ‘Return to Kemptown' following at the start of 2010.

It's certainly possible if I had stayed in that group, ‘Return to Kemptown’ wouldn’t have happened and any of my books that came next after that. That first group we were all in went stale because of bad running very quickly (see above). I’ve been going to other groups since, including one which I’ve been going to fairly regularly since the end of 2010 but that group has been evolving constantly into different territories with some of our work appearing in art exhibitions and across art trails all over the North West of England.

Writing I am a firm believer is a process that is constantly developing and needs to be nurtured as such. Of course, the bulk of it is written alone but going to good groups I think is an important process of learning what your writing strengths lays and can only help you develop and develop as a writer. Going to good groups I learnt encourages you to try out different approaches and write things that perhaps otherwise you wouldn’t have attempted to try.

A bad group. Well, I’ll let you work the effect for yourself…

Posted by onewriterandhispc at 08:49 No comments:

A few people like me who travel to work would have encountered the problems up and down Regent Road and the covering ring roads recently. This has resulted in me leaving really, really early for work and during the travelling resulted in the pictures below that perhaps I wouldn't have normally seen. 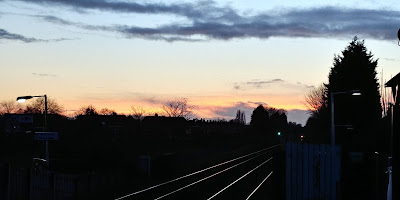 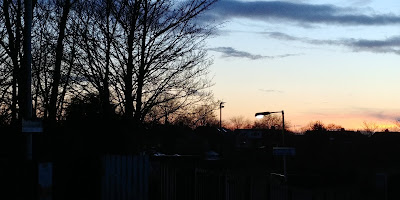 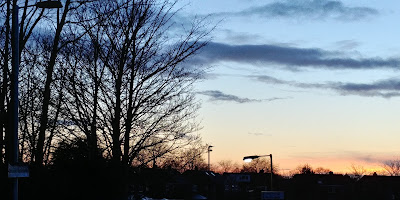 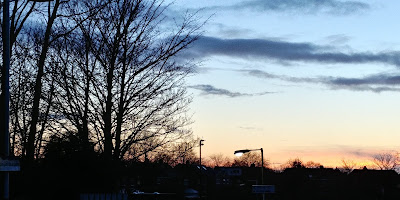 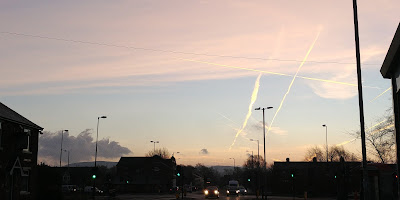 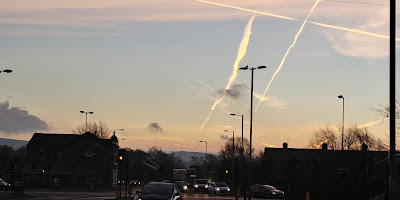 Posted by onewriterandhispc at 03:04 No comments:

Long story short, I got approached to write some non-fiction recently from my friend Katy aka The Rebel Poetess which can be read here - https://therebelpoetess.blogspot.com/2018/09/guest-post-andy-n-podcast.html

Since then, my lovely partner, Amanda Steel then approached me with questions about said article which has resulted in a follow up piece being blogged not long after here..
https://amandasteelwriter.wordpress.com/2018/09/14/guest-post-andy-n/

I’ll be writing a additional blog here next, and will then be looking at additional follow up blogs for this too (as this will be a series of blogs containing some stories which will appear in my autobiography ‘Losing the Plot’ which will be finished in the next year in much more detail.

Spoken Label is still really, really active with podcasts recently-ish with the last six podcasts or so being released (There are loads more forthcoming):

Reading in Bed, My joint Literature review podcast with the always lovely Amanda Steel has also been maintaining a monthly schedule of Podcasting, the podcasts for August and September can be seen as below..

Ocean in a Bottle has also been steadily releasing singles and Eps (with other releases pending for elsewhere in the new year - more details to follow) the last three releases are:

https://oceaninabottle.bandcamp.com/album/movement-in-the-wind (Movement in the Wind)

https://oceaninabottle.bandcamp.com/album/stepping-into-the-sea (Staring into the sea)

Poetry wise, apart from the release of The Birth of Autumn which I am delighted with, me and Amanda have done a number of gigs from a excellent support to Julia Davenport’s book launch and Bolton Diggers Festival too, I have had three poems appear (Twice as Hard, Missing the Point and Held Back) all appear in Helen Kay’s touring Dyslexia Exhibition (worth seeing), two poems (Re-creating the Railway Children and last train from New Mills Central) at the New Mills Poetry Arts trail (Pictures to follow) which are on display until 30 September 2018.

More to follow also including details of guest posts from writers regarding writing.

Watch this space (:
Posted by onewriterandhispc at 12:07 No comments: