This can be read or heard here

Impspired has also published one of our poems 'Dissolved Horses'


Posted by onewriterandhispc at 06:51 No comments:

After the bomb (New Flash Fiction)

Who was Margaret, I asked myself as I picked up his mobile phone after I managed to get back to where we had stood before the bomb went off and saw a text message starting ‘Hi Margaret’.

Who was Margaret? I asked myself repeatability. I didn’t know a Margaret and was sure there was nobody in the Post Office or anybody who went to the Protection called that.

I didn’t know a Margaret in any of the surrounding farms or in the next village or indeed the one after that. It wasn’t like John I told myself I told myself as I flicked through the calls which dated back months and months often at night or first time in the morning whence would he would have been up in the hills with the livestock.

The text messages were first, simple and business like asking how did the meeting go before progressing onto have you booked the hotel and are you sure about this to which you responded ‘She doesn’t know, who would she know?’ How would she know what?

I almost called out before you arrived at the back of me denying everything. ‘How could you?’ I called out ‘at a time like this’ ‘I was trying to sort out your surprise birthday party’ you responded.

(Wrote at a writing workshop on Peterloo by Mosley Writers at Ashton Library a few weeks back. The first part of the workshop was creating a character from notes provided from somebody else and then inserting into a place where they find a item on the floor just after a terrible event had happened)
Posted by onewriterandhispc at 06:46 No comments: 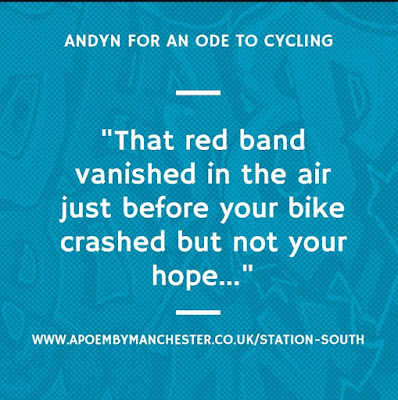 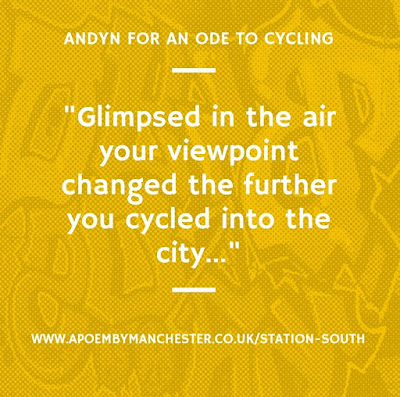 The two above short short poems have been published by the 2019 project for A Poem by Manchester on the theme of Cycling.

Posted by onewriterandhispc at 04:18 No comments:

Ocean in a Bottle news:

Last release on the Ocean in a Bottle page was the haunting single
‘Reading in Space between Earth and Venus’ which covered the simple act of reading in Space (https://oceaninabottle.bandcamp.com/album/reading-in-space-between-earth-and-venus)

Since then, a full length album called ‘On Saturn’s Wings’ has appeared on Peristent Vegetative Statement Records which is described as two long, epic ambient drones spinning
into a more spiralling, freer form and carries its drones across an imaginary journey between beauty and a paradox of what it is seen and what is not seen.
This album can be streamed / downloaded for FREE from  persistentvegetativestaterecords.bandcamp.com/album/on-saturns-wings

Also released on Silber Records as part of their field recordings series, two singles have been made both made up of live Field Recordings

Birds on the Roof with a bad throat at Manchester Victoria Train Station just before the moon rises
(silbermedia.bandcamp.com/album/birds-on-the-roof-with-a-bad-throat-at-manchester-victoria-train-station-just-before-the-moon-rises)

Walking to the Bus Station
(silbermedia.bandcamp.com/album/walking-to-the-bus-station)

The next two Ocean in a Bottle singles ‘Waiting to land on Venus’ (Haunting angel choirs prior to landing on a devil like planet)
and ‘Space Graveyard Volume 1 (An musical space piano and drone noise EP and the first in a series) which follow over September and October all been well, and I am now working on a single called Examining Phobos and Deimos for life.

A few versions of a track called The Noir Side of the Moon have also been completed and could crop in a few places also.

Ocean in a Bottle will also be doing a track for the annual DIH and friends  (More details can be found here - http://onewriterandhispc.blogspot.com/2019/09/dih-and-friends-christmas-2019.html)

Spoken Label since my last newsletter has been operating on almost a weekly basis and has included Podcasts by the following people since my last update..

Also lined up for Speak Easy is a charity Christmas album wanting submissions.

Reading in Bed has carried on with its monthly production schedule of Podcasts between me and Amanda. The last few Podcasts can be found here -

Books reviewed were:
1. Stephen King - On Writing
2. Gregg Hurwitz - Out of the Dark
3. Paul Auster - Hand to Mouth
4. Charles Harris - the breaking of Liam Harris
5. Serafina Bersonsage - A Witch's Education

We are currently planning books for Octobers and Novembers Podcast.

After a slightly quieter spell, Comics Unity has been really busy recently between myself and Michael with the following episodes been recorded:

Extra Episode 7 with guest co host Amanda, myself and Michael discussing more about what we would like to see from the final season of Supernatural
https://comicsunitypodcastseries.bandcamp.com/album/extra-episode-7-supernatural-special-2-with-guest-co-host-amanda-steel

Extra Episode 6 with guest co host Gavin about what we would like to see from the final season of Supernatural
https://comicsunitypodcastseries.bandcamp.com/album/extra-episode-6-supernatural-discussion-part-1-over-the-forthcoming-15th-season-with-guest-cohost-gavin

Episode 10 - Andy N and Michael discuss a whole host of topics featured at the San Diego Comics Con 2019 and all the latest comics news and latest TV / film news including rumoured James Bond news, Supernatural castings, castings for DC shows and much, much more
https://comicsunitypodcastseries.bandcamp.com/album/comics-unity-podcast-series-episode-10-august-2019

A new Poetry and Literture Podcast with my old friend Colleen has been set up and will be broadcast live on blogtalk radio every Monday from 7pm to 7.15pm or so on blogtalkradio.com/anaturespath
(I’m doing a backup for this on https://anaturespath.bandcamp.com which will be remastered a few hours later).

This literature / creative writing magazine / journal edited and created by Amanda and featuring me on the submissions panel has just released its 3rd issue which can be found and bought on Amazon but can also be downloaded for free at Amanda’s website at
http://doccdn.simplesite.com/d/c0/5a/287104482209651392/f7238143-478d-4f24-bca0-b6e86b6d854a/Printed%2BWords%2B-Autumn.pdf

Printed Words also made it’s live debut recently at the Festival of Manchester more of which can be read here
https://www.amandasteelwriter.com/443373776

Special thanks to from me and Amanda Steel to Randy Horton, Alicia Fitton, Zoe Howarth Lowe, Sara Culleno, Alex Asher and Anthony Brisco for reading out with us that day.

All been well, future live dates will follow.
(My live video from that day can be seen here - https://www.youtube.com/watch?v=mEvzagIRzEA)

You can also now submit if you wish to Issue 4 (Closing date 10th November 2019) and further submission details can be read here
https://www.amandasteelwriter.com/440793822

Speak Easy is Stretford’s always friendly spoken word open mic night which is held at Stretford’s lovely Sip on the first Wednesday of each month.

After a change in approach on the advertising, numbers have been steadingly increasing to around 20 people reading each month,
pictures from the last few months can be seen here

Email me on aen1mpo@yahoo.co.uk if interested as the night is starting to get a real buzz about it.

Myself and Amanda have generally maintained our usual or so 4 readings every month. In August, while there was no Speak Easy and we were unable to go Word Central, we went over to Bradford’s speaking in tongues. There is no video footage of myself but I did record Amanda with two of her poems – Abscence Minded (https://www.youtube.com/watch?v=CBz_bzz48dc)
and How to tell if she loves you (https://www.youtube.com/watch?v=duRQ5j2sBpQ)

I did a few separate gigs during August on the theme of Peterloo
(the most shouty of which can be heard here - https://www.youtube.com/watch?v=zjruu7HGc0E&t=225s)

Lastly on the video front, a video of me doing ‘Unexpected Change in Weather’ also appeared from August’s Word Central (https://www.youtube.com/watch?v=Ldvo_m6hrcY&t=1s) on youtube.

Publishing wise, all been well, there is quite a few things on the go
but firstly the Mark Literary has published one of my mini poems from my 4th and upcoming collection ‘The Streets were all we could see’
https://docs.wixstatic.com/ugd/0a3c70_b4bd74f36b6b4865b7c5f4531f1cce15.pdf

Bold Plus Italic back in July also published one of my Robot poems ‘Reading the news with Erica’
https://boldplusitalic.wordpress.com/2019/06/25/andy-n-news-with-erica/

There are quite a few new pieces also forthcoming in other publications and projects which I’ll be able to talk about another day.

Posted by onewriterandhispc at 07:10 No comments:

Here are the pictures from September's Speak Easy all took by Amanda Steel. (apart from the last two pictures which were took by Andy N)

Next one will be 2 October at the Stretford's Sip Club. 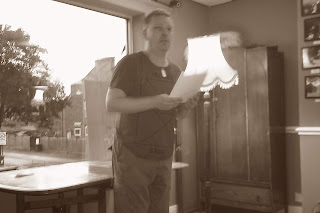 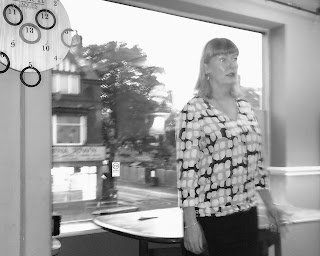 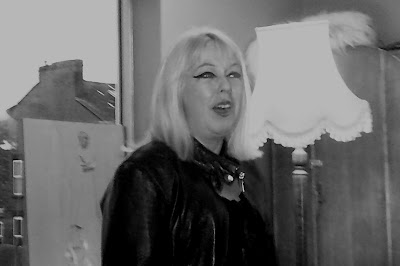 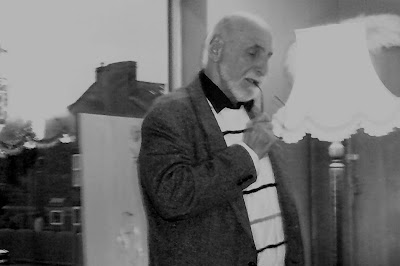 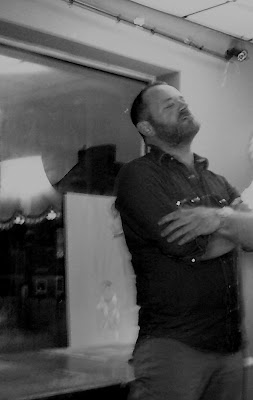 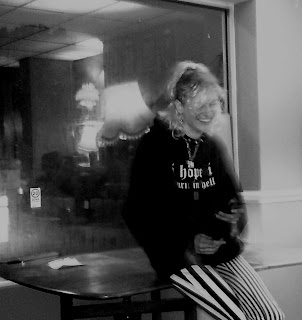 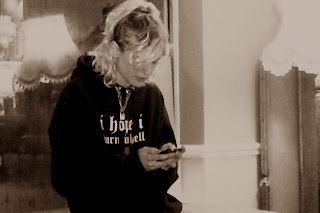 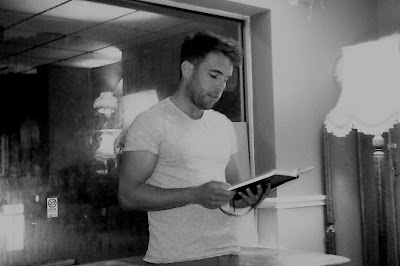 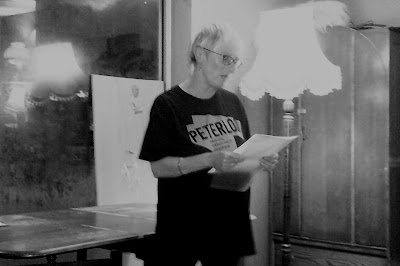 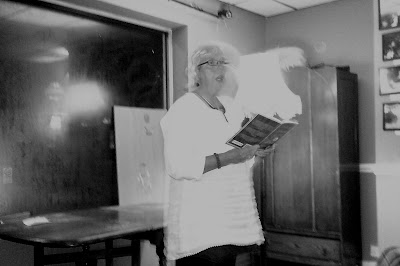 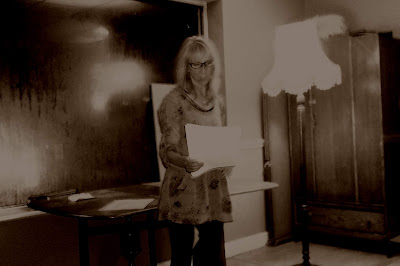 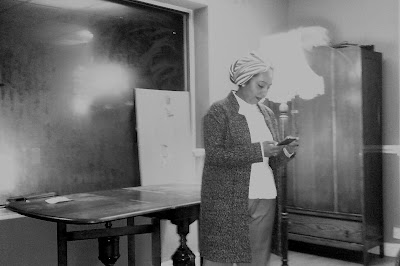 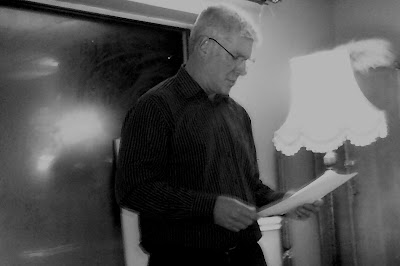 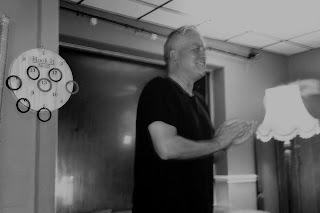 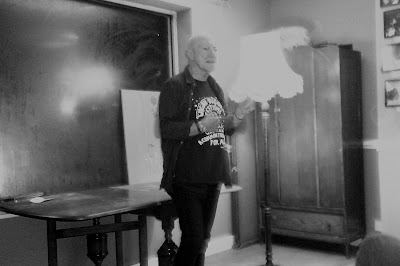 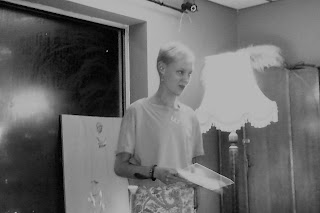 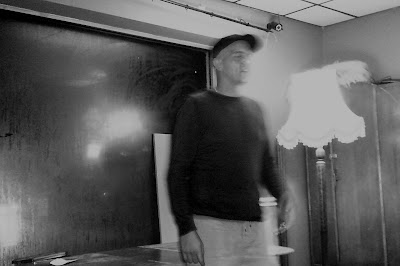 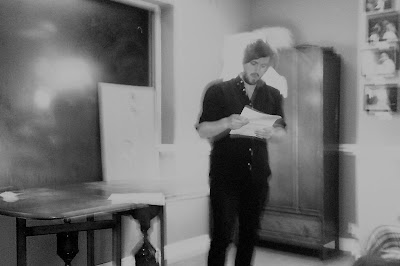 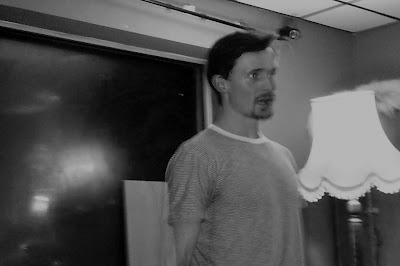 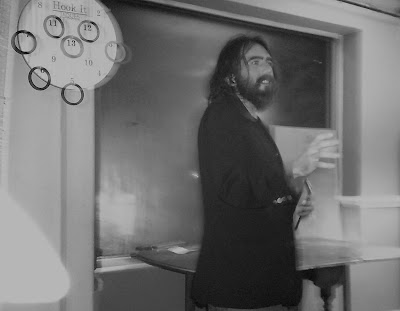 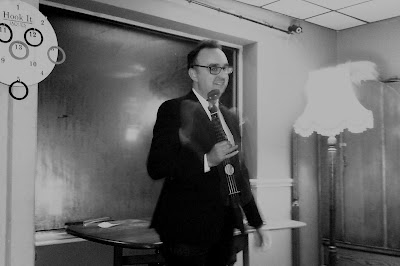 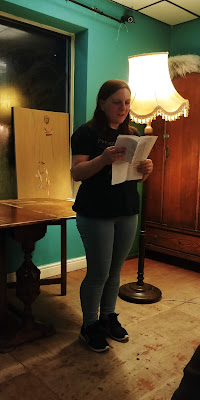 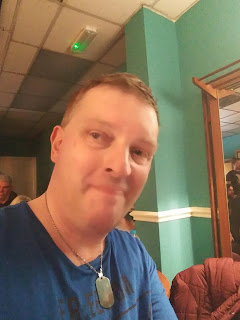 Posted by onewriterandhispc at 11:02 No comments:


Posted by onewriterandhispc at 10:35 No comments: