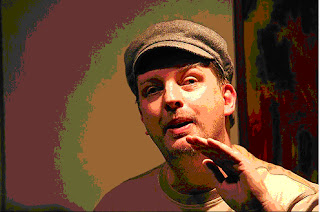 Hey all. Hope you are all enjoying the end of Summer where-ever you are.

In my case, it’s been fairly busy as I am currently out of work again but it’s
Not stopped me working on my poetry etc (although I ain’t making any money
Out of it which is part of the course I guess – lol).

Firstly, the emagazine ‘Welcome to Where-ever’ has just published three of my poems ‘Memorial Room’, ‘Pack of Cards’ and one of my favourites ‘The Ghost of Liverpool Empire’

This can be read here… http://welcometowherever.wordpress.com/poets-of-wherever/andy-n/

Next up, one of my poems from my debut book ‘Return to Kemptown’ has just been confirmed as appearing in the forthcoming ‘Red Cross’ exhibition on missing people called ‘The Vanished’.
This poem in question featured here ‘The Missing Boy’ is about a friend of mine, Alex Humphrey who sadly went missing abroad in August 2009. (More details here - http://onewriterandhispc.blogspot.co.uk/2011/09/my-story-about-alex-humphrey.html)
This will be a excellent exhibition and something I am looking forward to attending – more details here - http://www.gmcvo.org.uk/international-day-disappeared-2012-community-arts-exhibition
The lovely Winston Plowes has also agreed for two of my poems ‘The Other Side’ and ‘Stealing Inspiration’ to be featured as part of his Towpath Trial (more details here - http://www.myrochdalecanal.org.uk/things-to-do/festivals-events/2012-canal-festival/) project and these two poems will be featured at Dock 81 and 89 between 18th and 26th August 2012.
Two of my poems also ‘Furthest touch’ and ‘Drums of their flick knives’ have literally just been accepted by Silhoutte Press for part of a forthcoming collection ‘The English Riots’ which I am looking forward to and think is out in September. More details can be found here - http://silhouettepress.co.uk/
Gigs wise, since I last wrote – it’s been a busy few months as can be seen on my gigs page on my website - http://www.andyn.org.uk/index.php?p=1_14
On the 15th and 16th June 2012 – Me, Jeff and Petrova from A Means to an End
All did two short sets which were not easy sets by any stretch of thought for Cadence Festival but great fun to do. (see http://www.youtube.com/watch?v=zgKwyhIK-d0 for more details who played alas sadly not us recorded – boo – lol)
I also did led Poets, an occasional (every few months I believe) ran in Chorlton by Sarah L Dixon which was boiling hot but I delivered a five poem set which I was delighted with as it allowed me to do stuff wrote about areas near Chorlton where I have grown up.
I have also headlined Write Out Loud’s Middleton ran by the lovely Katie Haigh by which I was cooking on gas properly and delivered a balanced set which I was pleased with and was made to feel really welcome at.
A few recorded highlights of the night were:
http://www.youtube.com/watch?v=Io5FU0yjtMs
(Conversation on the train)
http://www.youtube.com/watch?v=bLlg1UoWVTw
(Escape)
http://www.youtube.com/watch?v=Rsfyr04-kS8
(Eclipse)
and is recommended to attend if you are ever available.
Since then, me and Jeff from a Means to an End did some mcing on a new night called ‘Laugh Out Loud’ which went fairly well even though the room was somewhat too dark for my liking and caused a few hiccups with the material.
However, we did some good pieces for them – two of which can be seen:
http://www.youtube.com/watch?v=K3Le6zeyHRk
(The Ghost of Liverpool Empire)
http://www.youtube.com/watch?v=4p2WCOsaQYw
(Fun, Fun, Fun with Rob Goodier and Gordon Zola)
I’ve also done little bits at both Guitar and Verse in Manchester and Write Out Loud, Stockport and from which this poem was read at both:
http://www.youtube.com/watch?v=wujgdsbJxa0
(Blackout).
More news to follow folks as plenty of other things on the go.
Speak Soon

Andy N
Posted by onewriterandhispc at 03:56 No comments: