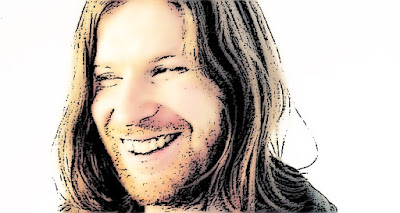 The track listing for the next EP by Ocean in a Bottle ‘Warped kind of ambient silence’ out around the 1st of July will be:

1.    Introducing the biosphere
2.    Stepping across footsteps
3.    Breaking into a pause
4.    Tracking movements in the snow
5.    Imaginary journeys into the heart of silence (Final Mix)
6.    Treasuring that moment
7.    Three layered jam at the heart of midnight
8.    Ambience with a dose of Aphex (Final Mix)

Two of these tracks undecided which will be if I can manage to work it out within the download option on the page only which still will be pay what you want).

For people who choose to pay me either a few pennies or if I am really honoured hundreds of pounds, they will also be some further exclusive tracks
Which I am still working on.

Demos have already been done for my next ambient EP ‘Conversations with the Dead’ which will follow on 1st August 2015.

Posted by onewriterandhispc at 14:17 No comments:


Other writers operate in different ways, but as a poet more and more nowadays I tend to write my poems (apart from little poems which pop out with no place) designed to go into folders.

Some of these folders will likely never get finished into books / sequences etc and some have been going on as far back as my first book ‘Return to Kemptown’ or even longer, but thought some of you may find it interesting how my head works with my poems at the moment.

1)      Mystery Stories…. Last year, Orgiami Press published six short poems of mine into a tiny little chapbook, all stories in the framework of six little poems. Plan now is to write another six to send over to them later on this year (Currently have three done).

2)      Europa II. Just over a year, Nick Armbrister a fellow anti war poet like me approached me to do a split book with him on Anti War Poetry called Europa. After a long break, I am now ready to write a second book with him called Europa II. My plans this year are to write around 20 to 25 short poems, all based from research on stories in the prisoner of war camps in the Second World War.

Completion date - Currently I am on my 7th poem for this but I reckon another year or so this should be done and maybe out for next Autumn (2016).

3)      From the Diabetic Ward. This originally was going to be my second full length book instead of the end of summer inspired by Hugo Williams topic on his own health, but this book at the time proved very hard to write as it involved writing in more detail than I was really ready to write about it (It took some time to accept the changes Diabetes enforced on me). However, it is now ongoing and I would like to write say 40 or so poems on it.

Completion date - Currently am on my 8th, so some distance to go but would like to get this finished some day.

4)      Nightmare on the tracks. The plan for this to write an epic poem told in Chapters of what happens what a man stumbles into something he shouldn’t have done on a walk through some meadows.

Completion date - I think at the moment, it is around 25 pages or so so it’s certainly over half way (Aiming for around 40 pages or so) or at the end of Chapter three (Aiming for 5 Chapters), so we’ll see if and when this gets done but it’s looking good.

5)      The Beast within. If I complete Nightmare on the tracks, I do have an idea brewing for the above which will be a sequel set on a camping trip.

6)      A Means to an End II (Or Songbook). Now my band ‘A Means to an End’ is almost finished, it is looking likely an album will follow before the end of Summer. If this goes to plan, I will release a little book (Only Short) containing the lyrics to a lot of the more well known lyrics the band has done including ‘Return to Kemptown’, ‘Leaving Belfast’ and ‘Tandle Hill’ been just three that I wrote either the lyrics for or the bulk off it and offer it free as a download from where you can download the album from. Watch this space for this baby.

On-top of this, I will carry on with my podcasting on http://andyn.bandcamp.com/. Plans include currently to do podcasts monthly for my split book with Jeff Dawson (aka Jeff Dawson) from 2011, A Means to an End, a selection of pieces from my love songs for Cathy (done with permission) and Europa (with Nick Armbrister). Once I have got these completed, I will then move onto some of the above and would like to do eventually do podcasts of new and older revisited poems on a monthly basis.

I am also carrying on with my Ocean in a Bottle eps on a monthly basis too, (https://oceaninabottle.bandcamp.com/) although it is looking less likely they will be less Piano for the next few months as I want to do some ambience based material for a bit now as the next two will be called ‘Homage to Aphex’ and ‘Conversations with the Dead’ (Demos have already been done for both).

Audio Poesis (https://audiopoeisis.bandcamp.com/) has been quiet but it’ll pick up again. We both have been busy.

Sadly my band ‘A Means to an End’ has finished but not before doing a nice gig as a goodbye the other week which I do have a nice recording off (Will upload soon) and also will record an album over the summer.

And I will want to keep submitting to magazines / journals etc.
Posted by onewriterandhispc at 05:17 No comments:

The End of Summer book now out! 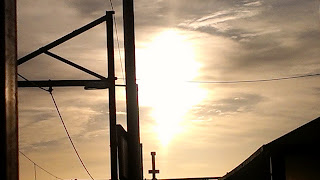 The End of Summer, the second full length book by Andy N (Author of ‘Return to Kemptown and ‘A means to an End’ with Jeff Dawson and ‘Europa’ with Nick Ambrister) was wrote over a near four year period from 2011 to 2015.

Originally started to show how the writer was dealing with a newly diagnosed major change in health, the book developed over time to talk about the change in season, in this case from the end of Summer into the beginning of Autumn, mirroring much more than just a change but an emotion that overcomes us all at major turning points in our lives.

Told often in taunt, short little pieces, the book invites comparisons with the poet Hugo Williams but also shows a love of music through two of the Author’s own favourite music groups with July Skies and Epic 45, which explores the Englishness of the countryside in sparse, echoing brush-strokes which often need more than one read to breath the images he portraits.

With an Introduction by noted American writer, Amanda Silbernagel. ‘The End of Summer’ is a book that tunnels into memories creating new emotions at the end of it.

Mystery Story' guides the reader through richly atmospheric places. Andy reveals the stories hidden in landscapes as familiar as the dockyards, a wintry lake and the 7.39 train, discovering the depths that they conceal.

Andy N romances the reader, even his words about war, poverty or suffering are gentle on the ear. A gentle raging that fills each story, that poetry was made for. Poems that sing to you, up close, intimate. Please excuse him, his intentions are purely human."

Bewitched and bewitching, Mystery Story is a poetic scale model of a haunted house – a model composed of words instead of plexiglass, images instead cardboard. Though the house may be small, it is masterfully built, rich in detail, and replete with surprising twists and turns. It is the home of dancing apparitions and mysterious dancers, ghosts of lovers and lovers of ghosts, 'blown out streetlights // Breathing in and out slowly', 'shadows // Entombed in splintered ice.' A must-read. Praise to Andy N for delivering yet another 'portal // Of forgotten bed stories.…Crying for a way out // In broken poetry.” '"

Or read here for free (I don't mind) https://books.google.co.uk/books?id=3Sm9CQAAQBAJ&pg=PA66&lpg=PA66&dq=andy+n+the+end+of+summer+lulu.com&source=bl&ots=I-pY3vBOUe&sig=0OfcxV4VvOhfsMDXjocHgTkxEAM&hl=en&sa=X&ei=nn1vVeTRC-m17gbo4YHYDQ&ved=0CDgQ6AEwBA#v=onepage&q&f=false
Posted by onewriterandhispc at 15:21 No comments: