(http://www.writeoutloud.net/public/blogentry.php?blogentryid=41341) Prisoners of War and

my new collection ‘Europa - In The Dark Valley Between The World Wars (co wrote with Nick Armbrister) has now been published viva Lulu.com on (http://www.lulu.com/shop/andy-n-and-nick-armbrister/europa-in-the-dark-valley-between-the-world-wars/paperback/product-21540773.html)

With amazon status and ebay status etc to follow or directly through myself viva my email address – aen1mpo@yahoo.co.uk

Next up, as part of NaPoWriMo  (National Poetry Writing Month - http://www.napowrimo.net/) I have created a  NaPoWriMo blog for this year which can be read at http://napowrimo2014.blogspot.co.uk/ with a difference where the blog will contain (hopefully) 30 poems connected into the same story called ‘Ghost Story’ which will be about a meet up with a man called Andy and a young lady called Michelle who is not quite what she seems.

The difference with this story, as each poem is released on a daily basis is I am encountering people to send in poems linked in within the world of the story or other ghost stories / poems.

Email me on aen1mpo@yahoo.co.uk for more details.
Posted by onewriterandhispc at 04:11 No comments: 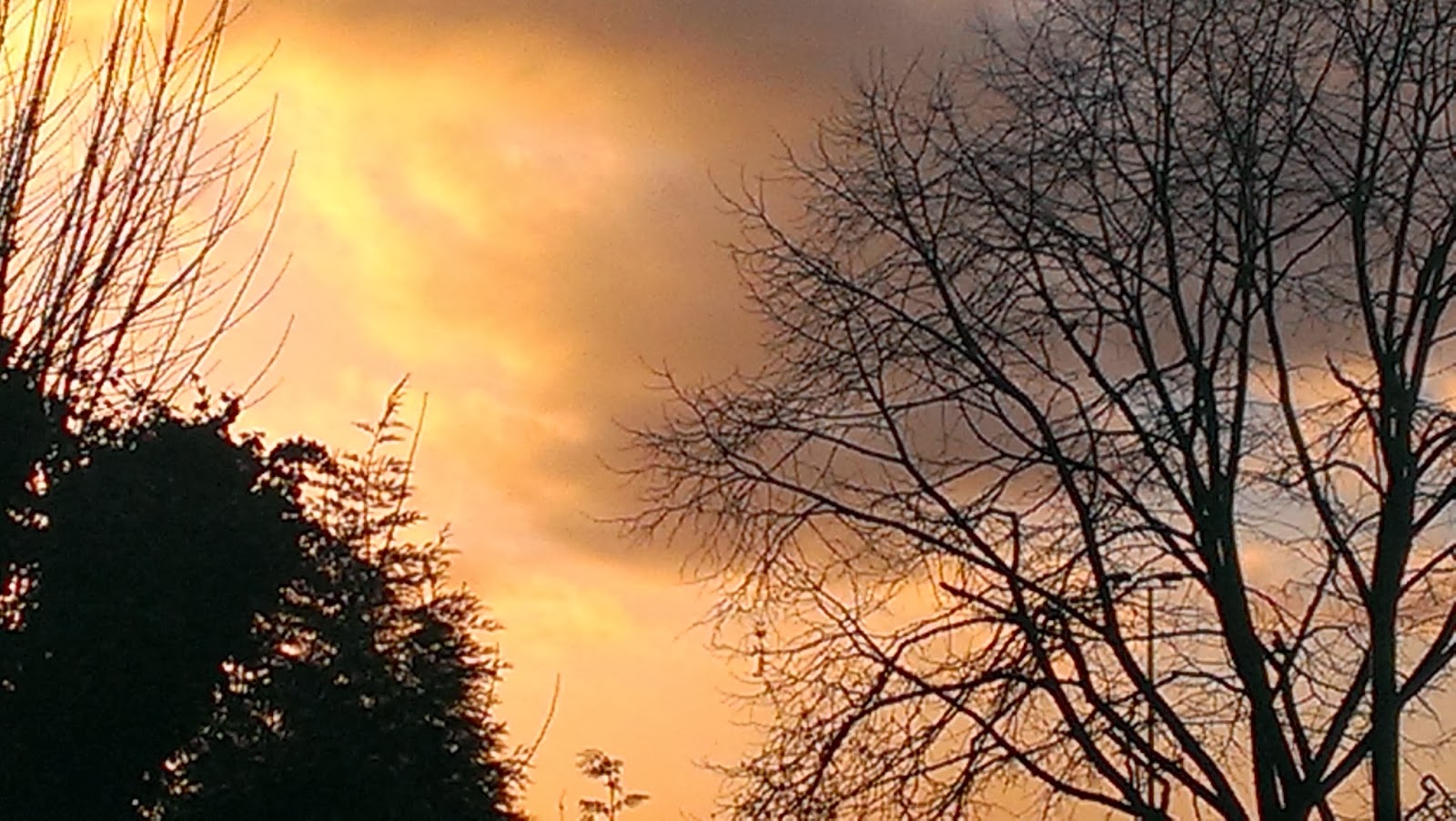 After a bright, bright day yesterday. Today has been back to the normal slush of the end of Winter, but hopefully it will pick up again soon and will reflect in my writing  with a nice dose of colour and stuff.

Work wise, since I last wrote things have been plodding along at a nice pace and my band ‘A means to an End’ should be meeting up again for our first rehearsal of the year with at least one, maybe two new pieces to follow from it which I am hopeful will start replacing and adding to some of our favourites of ‘Ever Wondered’, ‘Leaving Belfast’ and ‘Return to Kemptown’ etc.
Gigswise, nothing pencilled in as of yet for a bit but we are awaiting for responses regarding about six things (Had a rejection from Chorlton Arts Festival which has probably helped me decide not to bother applying with them again) but am hopeful of several gigs throughout the early Summer into later Autumn.
Poetry gig wise, I don’t have anything booked in and after some of the shows I went to last year where without slagging off the shows in question which most of which are well run, my interest has dropped off at least temporary performing in most of them, and that been the case have decided it may well be time for me to sit down and carry on in a different direction from performing for a bit. I don’t doubt I will be back however as I have about three pieces which I would love to perform but I am not chasing the dragon at the moment, rather letting it come after me for a bit.
Writing wise itself, this doesn’t mean I have stopped writing. After been ill at the beginning of January, I have wrote a fair chunk of material. One of which ‘Curtain Call’ (co wrote with Jeff) am hopeful of been a future ‘A means to an End’ show stopper.
Several others are going to be in my forthcoming anti war poetry split book with Nick Armbister ‘Europa’ (Now finished once we have the back cover slightly amended and of which selected samples of my pieces have been getting blogged on www.writeoutloud.net/blogs/andyn).
In addition, a new poem called ‘Write Out Loud’ has appeared in Estuary: A literary magazine issue and can be downloaded from http://estuarymagazine.weebly.com/read-an-issue.html and three other new pieces ‘Magic II’, ‘Translation’ and ‘Disappear’ (At least two of which will appear in my next full length book ‘The End of Summer’ ) have appeared in Beyond Imagination ‘(https://www.smashwords.com/books/view/409173).
I have submissions pending with a number of other publications including some for sequences, so am hopeful of other publications will follow in due course including maybe even a home for my next full length book ‘The End of Summer’ which has took maybe a year longer than I would have liked but of which I am very pleased with now.
Lastly, a little more hush hush - work is about half done also on a book under a different name I am working on. The more alert people among my friends on facebook may spot what name it is, but it is looking good like the weather outside has woke up again. (Picture taken outside Cathy's flat before when the sun went down).
Posted by onewriterandhispc at 15:38 No comments: